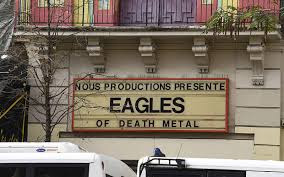 Although much was noted about the mass Paris shootings through world news channels, little was mentioned about the uncanny relevance of the name of the punk rock band that was playing at the Bataclan Theater named, “Eagles of Death Metal.” “Eagles” symbolize America and “Death Metal” could seemingly represent the killings or death by metal. There are other examples of hidden messages in names such as in the Aurora, Colorado mass shooting at a Century movie theater in 2012. The name of the movie featured was, “The Dark Knight Rises.” The mass murderer, James Eagan Holmes, was a member of several honor societies, graduating in the top 1% of his class and described in a letter by the University of California, Riversides as "a very effective group leader" and a person who "takes an active role in his education, and brings a great amount of intellectual and emotional maturity into the classroom." It has also been reported that he was clouded with obsessive thoughts of killing and in childhood he claimed to have been frightened by ghosts hammering on walls and shadowy figures that fought over firearms.
Names and titles have meaning and are powerful. When we repeatedly use or speak certain names without knowing the meaning of words, nuances of symbolism, vibration and frequency they represent, we become victim to them. The secret of the word expressed as language is unknown to most who select their names nonchalantly without recognition of factors that may determine an aberrant outcome. Ignorance of the power of the word can lead us to demise.
Perhaps an explanation of how powerful words are can be summarized not only by the King James Version of the Bible, John1:1 which prophesizes that “In the beginning was the Word, and the Word was with God, and the Word was God,” but also esoteric teachings suggest an inherent blueprint. According to the ancient practice of Numerology, when we name our children, each alphabet has implicit meaning. Letters have numeric values that have a certain vibration reflecting particular characteristics and capabilities. Thus, numbers become the representation of that name and the vibration it emits in the universe.  Our main means of communication are through the placement of 26 alphabets.
There are various methods used in the formation of numerology charts. Two of the most widely used are the Pythagorean, the most modern and popular from the Greek philosopher, Pythagoras based on the number 9 and the Chaldean, used by the sages of ancient China and Brahmins of India, based on the number 8.
Pythagorean Numerical Values Chart (most popular today)

Apparently, there is a mysterious algorithm behind names that one must be aware of before naming anything with the purpose of identification, particularly children and businesses. Additionally, names can forecast a particular outcome. Here are some examples of names in the entertainment industry and the meaning or outcome behind the names:
Aaliyah – going up, ascending - perished in a plane crash
Adele - nobility - Grammy Award winning singer from Great Britain
Death Row Records - In the end, its star, Tupac Shakur, was killed and producer, business manager, Marion “Suge” Knight, was jailed, charged with murder and 400 million in sales were lost.
Tupac – warrior, messenger, named after the Incan revolutionary Túpac Amaru II, who was quartered and beheaded by Spanish authorities - popular rapper murdered as a passenger in a car
Pharrell – superior man, heroic - highly successful and popular songwriter, rapper, record producer and fashion designer
Cash Money Records and Young Money Entertainment– label representing millionaire rappers Lil Wayne, Nicky Minaj, Drake and others
Johnny Cash – music Hall of Famer, considered one of the most influential artists of the 20th century
Beyonce – of African origin means one who is above others - singer with record shattering sales and global notoriety
Madonna - an idealized virtuous and beautiful woman - Queen of pop music known and one of the world's richest recording artists
Since all energy (including letters) is made of vibration and each vibration has a frequency, words have magnetism. According to the universal law of attraction, the more you think and say a word it will attract an experience of the same vibration. When we repeatedly speak and use names, we are attracting that same vibration of the letter used and it's numerical value. 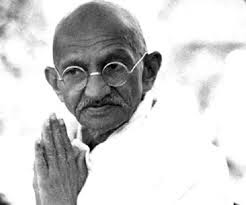 With knowledge of language, we can intentionally choose names with a certain purpose in mind and ultimate outcome.  We can also change our names. Martin Luther King, Jr.’s father changed his name from Michael King Jr. to Martin Luther King Jr. at the age of five after visiting Germany and becoming inspired by the Protestant Reformation movement of Martin Luther.  The name Mahatma Ghandi was born with was Mohandas Karamchand Gandhi, but because of his actions, he was called, “Mahatma,” meaning “Great Soul.” Others believed that the name was more fitting to him at the time and it mysteriously determined his legacy. The name, however, could've been more aligned with his soul's purpose.
The Kabalarian Society (www.kabalarians.com) teaches a philosophy that your name, which creates your personality, thinking patterns (thoughts, desires, opinions, likes, dislikes, reactions) and degree of success, is connected to the mathematics behind it. They believe that your name has to be balanced with your birth date, which in numerology formulates your soul's destiny this lifetime. You can change and select a personal or business name more in harmony with your life destiny decided by your birth date. You may not have to change your entire name, but adding an initial or altering the spelling can dramatically shift energy. They offer a free name analysis service that defines your current name and provides a detailed report. Additionally, based on the outcome of the calculations, they may recommend changing it to a balanced name that is aligned more with your purpose.


You may call us toll-free from anywhere in North America at 866-489-1188 or email support@kabalarians.com
Posted by Anchored in Spirit at 10:26 AM No comments: