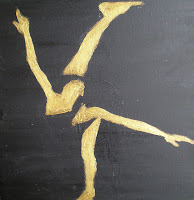 My birthday is September 29th, which places my birth chart under the zodiacal Sun sign of Libra. According to astrology, Librans epitomize balance, harmony and a sense of fair play. The Sun enters Libra the time of day when day and night are of equal length. Thus, the standard symbol of the scales is used to represent this astrological sign and used as a symbol for the legal system representing justice and equality.

As I contemplated the idea of "staying in balance," I began to study more deeply about its profound metaphysical meaning. We are essentially living in a realm or dimension that is based upon the principle of balance. The meaning of balance in the dictionary is the even distribution of weight or amount; stability of body or mind. Metaphysically speaking, balance is the ability to stay in alignment with a physical world that is constantly moving and changing as well as a mental or emotional state of being that is forever offering us contrasting thoughts. Hence, we live in a world of polarities and dualities. Oppositions such as hot and cold, rich and poor, good versus evil, sweet and sour, happy and sad, day and night, etc.are contrasting occurances that affect our physical and emotional experiences. The balance of mind and body is a constant dance and interplay.

Our world is primarily governed by the Physical Laws of Attraction and the Spiritual Laws of Vibration (sometimes called the "Laws of Attraction").  It is set-up that way, chemically and energetically, by the various forces including the electromagnetic field in which all things are bound as well as gravity. To be electromagnetic is to be comprised of both electricity and magnetism closely interrelating with each other or more simply stated, operating on the basis of a positive charge and a negative charge and the movement of the charges through the field.

At the subatomic level all matter seen and unseen is made of energy in motion - vibrations with distinct frequencies. Our physical bodies are also made up of vibrations. Vibrations travel up and down in waves of positive and negative or high and low frequencies. Some of the vibrations we can detect with our 5 senses (touch, taste, smell, sight and sound) and some are incomprehensible because they fall outside of the visible spectrum (infrared and untraviolet). Thoughts are vibrational in nature moving through our brains energized by our emotion (energy in motion) creating our physical reality. According to the Law of Vibration, like thoughts attract like things of the same vibration. These vibrations are like strings on a musical instrument. We must be in perfect harmony with what we wish to attract. This is called resonance because your thoughts are like a broadcast station, attracting similar vibrations manifesting in your experience in the form of people, places, things or circumstances in your life. Additionally, today, there is evidence that psychic intent can influence the flow of currents (movement of energy) in solids.  This can be evidenced by the swinging of a pendulum through projecting thought or the act of thoughts bending a solid spoon.

When we are experiencing a negative emotion, we are "out of tune" and it causes an interference or disturbance that creates physical and emotional inbalances. We can neutralize it or cancel it by concentrating on a more positive thought. This creates harmony and balance, unifying both the physical and spiritual. 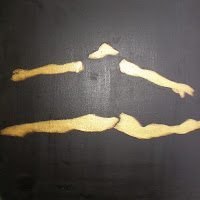 Have you ever experienced standing on a balance beam? I remember taking gymnastics in high school. I liked the balance beam and trampoline. The key to perfection was the ability to stay balanced without wavering too much on one side of the beam or the other side of the beam. Total concentration and confidence was needed to stay balanced in the middle with equal weight distribution on the 4 inch narrow strip of pine wood that was lifted 4 feet from the ground. This is the area of neutrality. Perfecting the trampoline utilizes the same principle of balance, the only difference is that it is verticle. We jump straight up in the middle of the canvas and while keeping our focus on one point, we come down in a stable condition to bounce back up again. This represents movement in the Third Dimension. The ability to move up and down, back and forth from one side to the other. If drawn, it would represent a "cross."

The same motion of up and down, backwards and forwards is repeated throughout life. This can be thought of as the dualities and polarities of our experiences on the Earth plane. There are the spiritual laws of vibration (like attracts like) and the physical laws (opposites attract) of attraction of the Third Dimension. We are essentially spiritual beings experiencing this realm through the physical body. When we place too much focus on the physical, we feel seperate from our spiritual selves. When we place too much attention on the spiritual, our bodies suffer.

Isn't it a wonder that the ancients knew much about this subject as well as astronomy without the use of high powered technological devices. They knew that astrology was a powerful source of self- knowledge. The "cardinal cross" in astrology is symbolic of the cross of matter in which the vertical bar represents Spirit and the interpenetration of the horizontal bar which represents matter or the Earth plane. Where they intersect at the core is where balance is maintained and well-being restored.


Posted by Anchored in Spirit at 1:31 PM No comments: