A Call to Duty in These Times 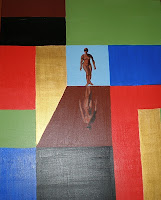 One morning after dreaming, I got the urge to write something without editing. At the time I knew that I was in a trance state and if I didn't write it down immediately, I would lose this flowing thought translation. This is what came to me.


It is about building an adrenaline system that enables one to carry out one's life work and duty beyond the call of nature. To resist these times of disorder and disdain are forbidden and measurable monumental changes will be aborted. Know that you are worthy and here to create new ways of living for all mankind. Adjust yourself with this knowledge. Don't be fooled by outward appearances and folly, for truth follows no one, for truth abides in you. It cannot be found because it simply is in search of itself, yourself, myself, herself, his self. Be prepared to lose the battle of what lies ahead. Fear beseeches fear. Fear not. For all life is an illusion held in the mind, a container of nothingness. In this void lies all the power of what is and what is not.

Learn to act now without worry, without fear or abandonment. The storm that's ahead will come as no surprise to you, but others devastated by a material existence and steeped in pride will soon know how this realm exists within man just as the auras are nonphysical layers of the physical body. Ether, prana, earth. You must translate this to others.

Who you call invisible are the Lords of Nottingham. In the world of mythology, known as the peace makers. Do not be attached to no thing. You lose nothing because nothing is all that exists echoing in wavelike forms, evolving, revolving so fast that it appears as a still form. This force of dark matter, which is actually light, so bright that it cannot be sensed by the human in its physical casing. It travels faster than the speed of light because it comes from the light.

The matrix is a time warp of continuing patterns of thought, repetitive cycles controlled by the constellations to create order. This system of order has a changing of the guard.

Posted by Anchored in Spirit at 5:54 PM No comments: